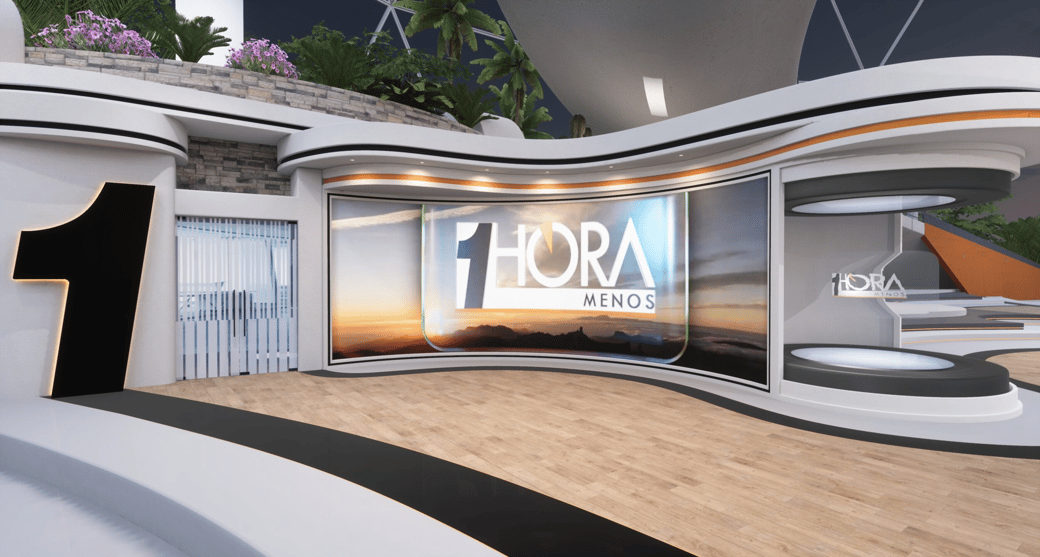 “Innovation has always been at the core of VideoReport Canarias. This is why we were excited to introduce virtual reality in our sets, specifically in our prime time show. What motivated us to use Pixotope® was that we thought it was a great solution, affordable and pretty quick to turnaround in time”, comments Anuska Simón Gómez, General Manager at VideoReport Canarias.

Watch the full highlight reel below:

Moving away from traditional talk-show production sets with expensive LED screen displays and changing stage fixtures and furniture, ‘Una Hora Menos’ went from a small costly production set that had limited stage resources and a single camera operation to a versatile and multi-camera operation studio that can produce a limitless number of stage scenarios to assist in the shows’ news reporting and creative storytelling.

“Pixotope® allows us to save money and time by providing an incredibly versatile set in just a few square meters, where there’s no limit for creativity. This is a great advantage for the viewers. The format of the show has improved significantly. We design imaginary situations where the audience is involved, making the experience more engaging and fun. Our show’s ratings are proof that viewers enjoy the content we produce”, concludes Gómez.

Despite geographic distance, Pixotope® was able to provide remote and on-location support throughout every step of the implementation process as virtual production began to ramp up.