Continuing a strong year of strategic growth, Pixotope has expanded its leadership team with established industry veterans in broadcast and media

Pixotope, the world’s leading solution for live augmented reality and virtual production, has added three big names to its global leadership team. After a strong year of growth in 2021, the company has established itself as one of the market’s key players, securing talent from some of the biggest technology providers in the world. 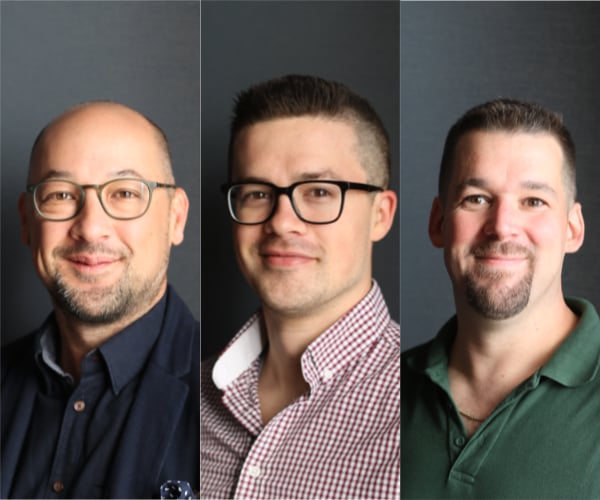 In his new position at Pixotope, Ben comments, “Pixotope meets the demand for real-time engine applications in live broadcast and events more succinctly and effectively than anything else on the market. Studios can unleash the creative potential of their team while tapping into the awesome power of the Unreal Engine. I am excited to be at the forefront of Pixotope’s journey and development – there are big announcements yet to come.”

After seven years as Enterprise Account Manager at Avid, David Cheng has been appointed as  VP Sales & Marketing EMEA at Pixotope. In his role at Avid, David focused on the sales of Avid video solutions, connecting and coordinating with some of the biggest international media companies, such as Viacom, Comcast, and Discovery. David has also completed leadership positions at TSL Professional Products Ltd and A·R·G ElectroDesign Ltd, helping both companies substantially increase sales and revenue.

David comments, “I’ve worked in and amongst the tech giants of the broadcast and media industries for many years and recognize the huge potential offered by real-time applications in live settings. This made joining Pixotope a no-brainer – it’s only going to keep expanding as the industry finds new and creative ways to apply mixed reality technology live. I’m looking forward to joining the team during one of its most exciting developmental stages.”

Additionally, Travis Sims has become Pixotope’s Strategic Account Manager for North America, drawing from a 15-year professional history working at globally-renowned technology companies, including RED Digital Cinema, Atomos, and Creative Solutions. Most recently, Travis held the position of Director of Product for Live Production with Teradek, overseeing the development of several major products within the broadcast and streaming market.

Travis adds, “To say Pixotope is growing is an understatement – the company has sustained a long period of expansion that matches the global demand for high-level, virtual production technology. Pixotope takes care of the technology and puts creatives back in control – I can’t wait to join the team and help establish Pixotope as the primary real-time solution for augmented reality and virtual production.”

With these three new hires, Pixotope has increased its global leadership team by 20% in line with its expanding customer base. The company is readying for a big 2022, asserting itself as one of the leading solutions for virtual production and AR.